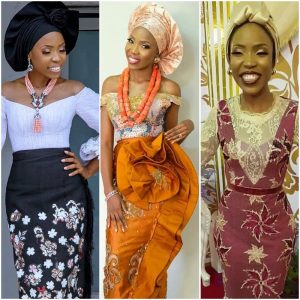 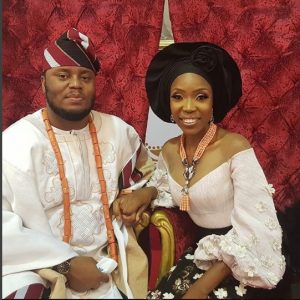 The traditional ceremony was attended by friends and family who came to celebrate with the couple. It was a wedding that attracted the whole Nigerians on social media.

Notable Nigerian celebrities were present at the traditional wedding ceremony which held in Lagos.

If you missed the wedding, you have nothing to worry about. We intend to give you a closer look at the exceptional outfits worn by Kemi ‘Lala’ Akindoju for her wedding. 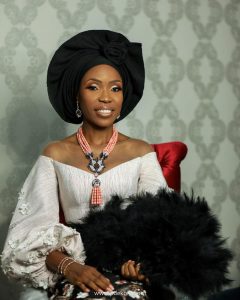 This look was a Yoruba traditional outfit which was inspired by Lala’s love for black.  The adorable looked had a ‘Avant-garde’ theme.  Lala was styled by her best friend, Yolanda Okereke. The black wrapper (Aso-Oke) was adorned with 3D flowers by Seun Oduyale while it was tailored by  Ejiro Amos Tafiri. 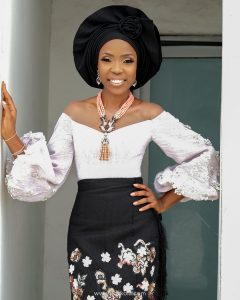 She wore a white puffy top with a black head gear that had flower  shape just in front of the head gear with a pink, silver and black bead sitting pretty on her neck. 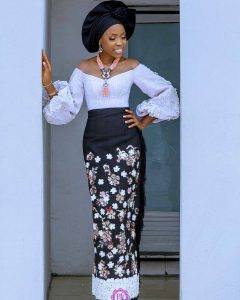 We totally love this look. 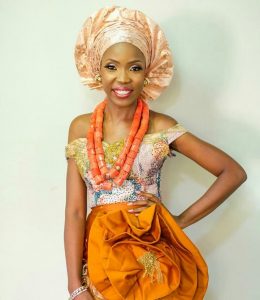 The second look was an Itsekiri traditional look which represents that she has migrated to her husband side. She wore a beaded, colorful cold- shoulder top with an orange tubo. This look was also styled by Yolanda Okereke. 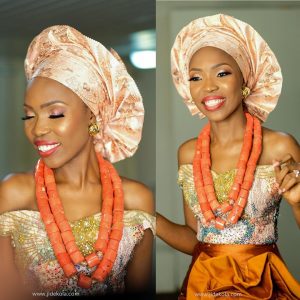 Lala was adorned with coral beads from Emisara Accessories while her flawless look was from Prospotted makeover. Tubo, a brand for women’s wear made her traditional wrapper. 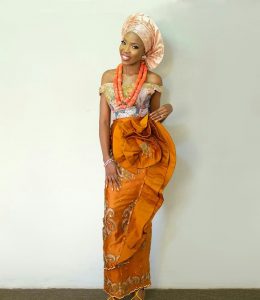 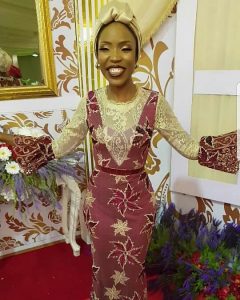 This gorgeous and unforgettable look was also styled by Yolanda Okereke and designed by Lanre DaSilva Ajayi. The customed made, wine and gold flowing gown was worn with a gold coloured turban which was designed by Turban tempest.

LOOK 3! …because only a video will do this entire look justice. I do not mince words when I Lanre DaSilva Ajayi has a heart of gold. I had nothing to do with this look. We just dumped the fabric with her and she told me not to worry. Voila!!! LDA I want to thank you for this beautiful dress3. It was comfortable, glam and I was still slaying. @lanredasilvaajayi ♥ . . I’ve never really been a turban person. But the wonderful people at @turbantempest assured me that this will be the perfect headpiece. Thank you so much. . . Kisses to @occasionsbyasoasiko for digging this beautiful fabric out. Thank you ♥ . Earrings: @e.m.i.s.a.r.a Make up: @prospottedmakeover Styled and curated by @yolandaokereke Video credit @lamide_a . #LalaAkindoju #BrownGurlMagic #AvantGardeBride #TalentedInternationalBankable #Àṣéwẹ́rẹ́niṣẹ́Olúwa 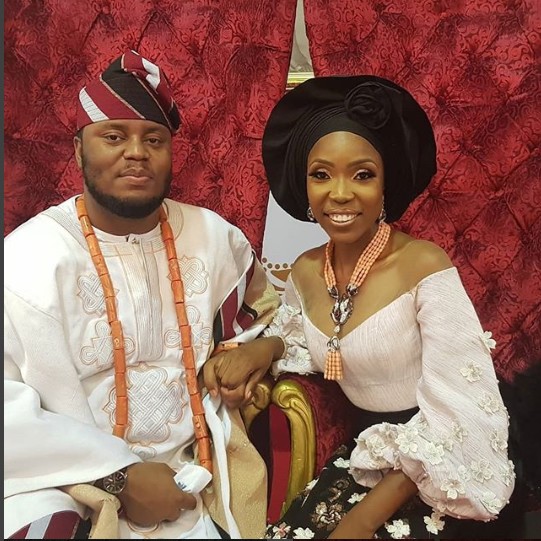 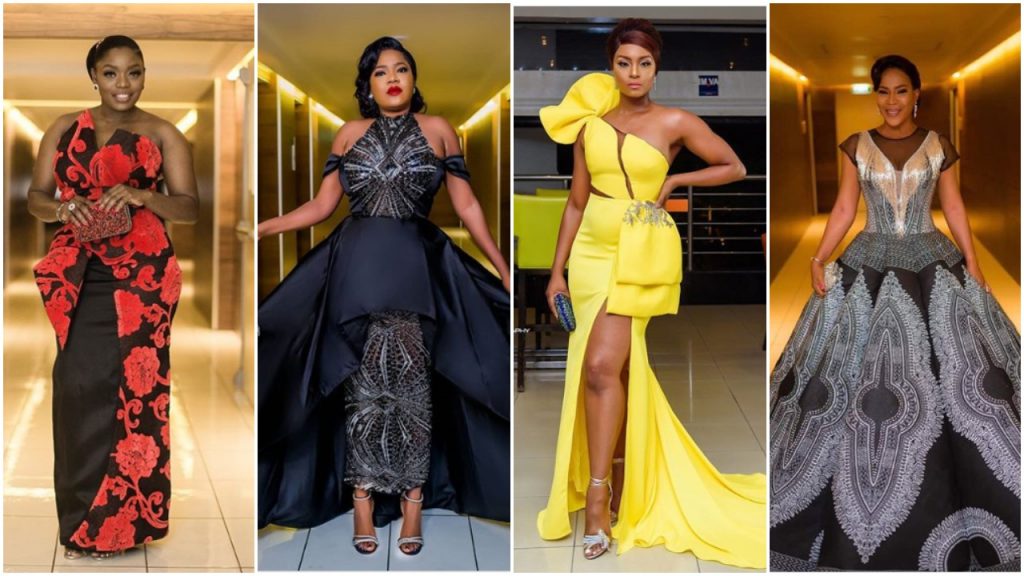 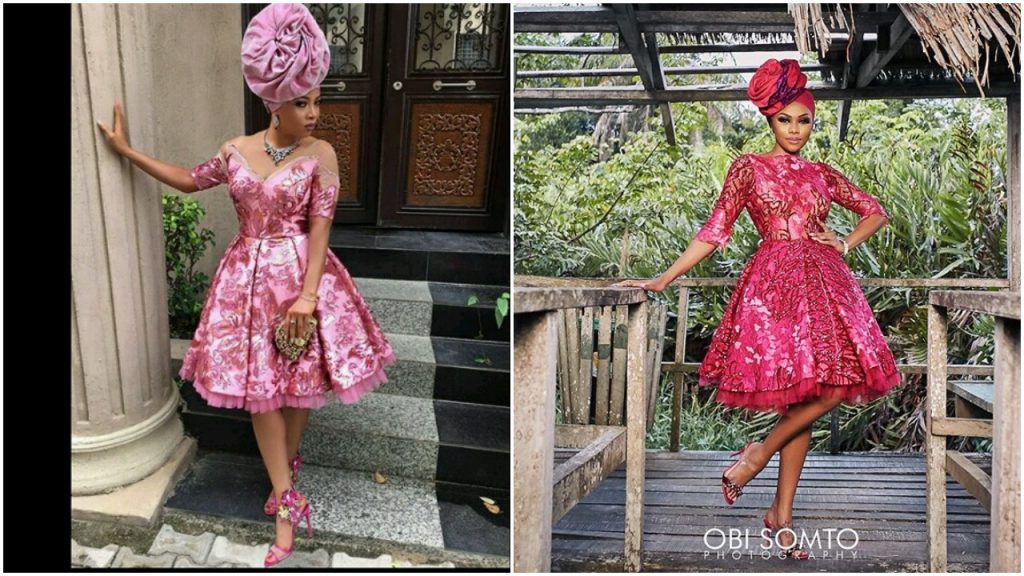 Trends come and go and our celebrities ensure that they keep giving us fashion goals. The Iconic Avant Garde Gele was created by popular makeup… 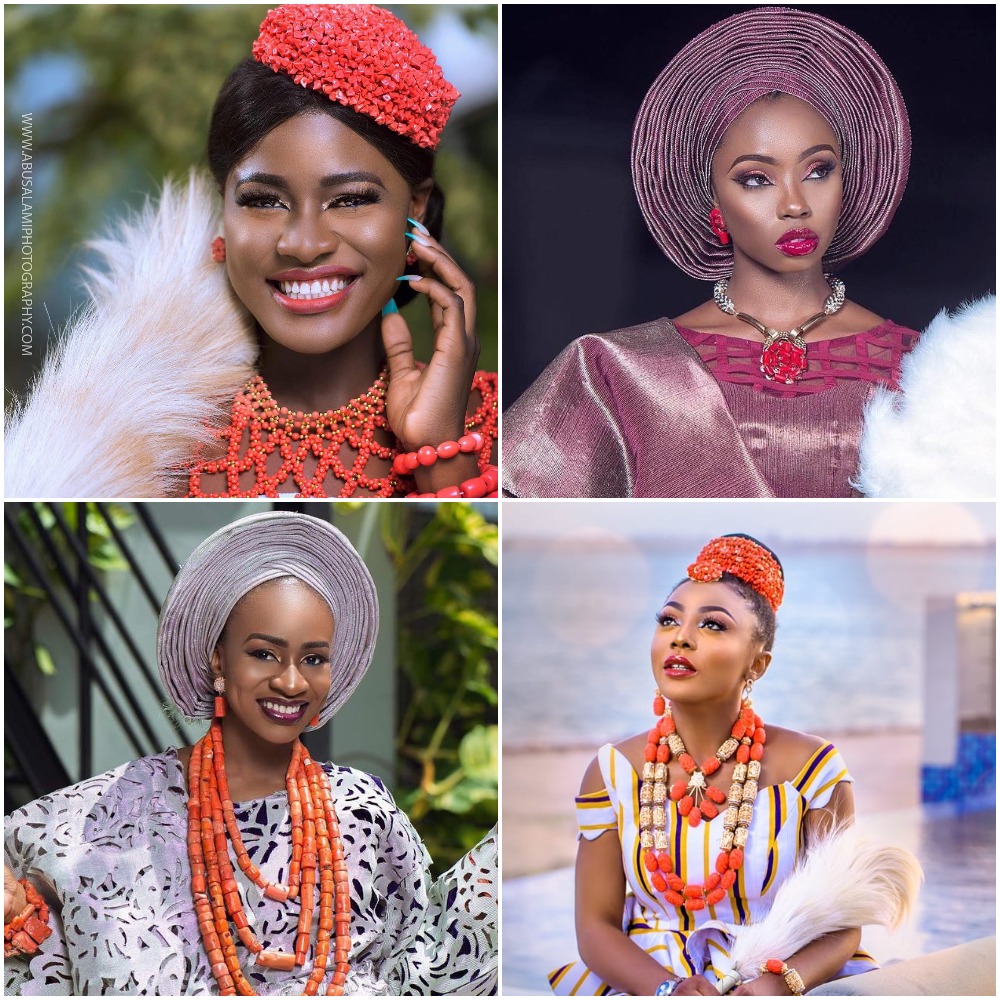 The Big Brother Nigeria Reality TV show has come and gone but the female housemates of the 2018 edition are still making waves. You can…