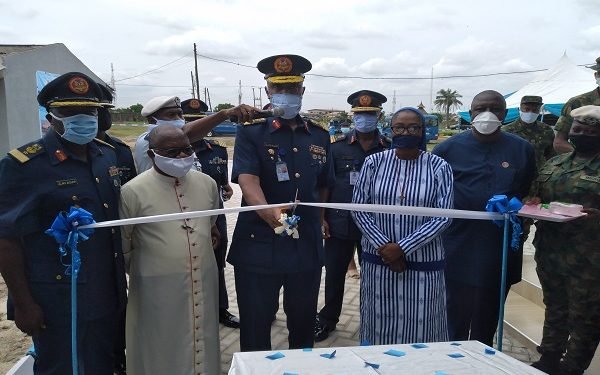 Henrietta Alokha, the late administrator of Bethlehem Girls’ College, who died in the Abule Ado explosion has been honoured by the Nigerian Airforce (NAF).

A newly built 500-capacity assembly hall has been built in her name.

Alokha died on March 15, 2020, while trying to help her students who were trapped in the fire that occurred as a result of the explosion.

Sadique Abubakar, chief of air staff, while unveiling the new building said the decision to name the assembly hall at the air force secondary school (AFSS), NAF base, Shasha, Lagos, after Alokha was to keep her memory alive. 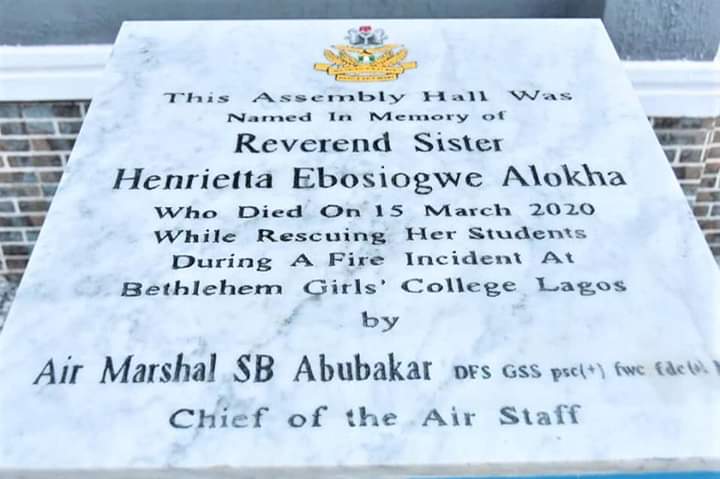 The Airforce also constructed a cenotaph in honour of the late Principal at the entrance of the hall saying it found her sacrifice as an inspiration for younger generations on the principles of selfless service.

The service noted that late Alokha exemplified the good shepherd who put the safety of her cubs above her’s.

“We remember her for her actions during the Abule-Ado petroleum pipeline explosion which eventually culminated in a fire incident at the Bethlehem Girls’ College,” Abubakar said.

“Reverend sister Henrietta made the ultimate sacrifice on March 15, while evacuating her students from the fire caused by the explosion at the school.” 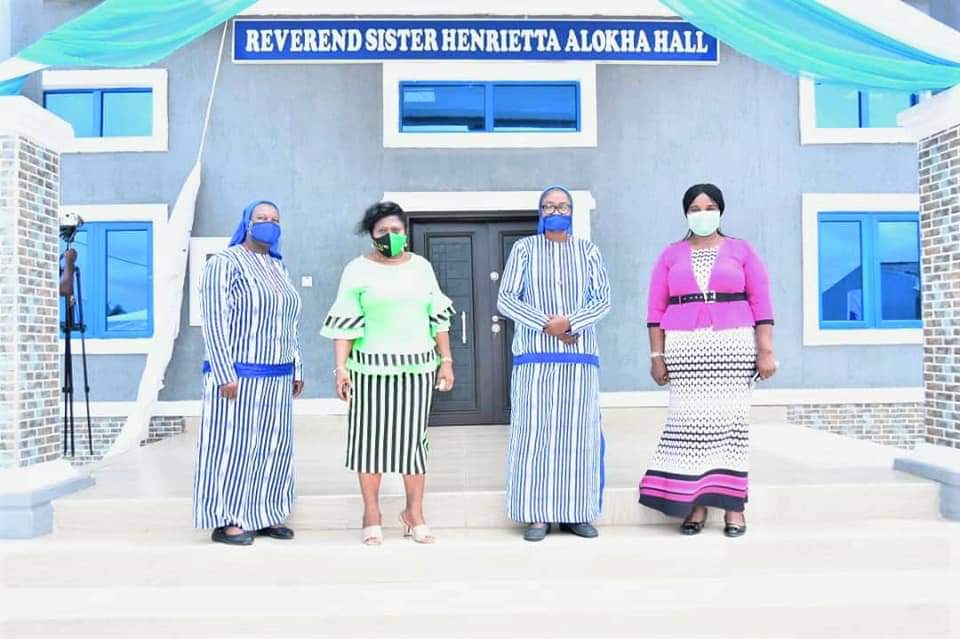 He said Alokha’s bravery “paid off as no student of the college was lost to the deadly incident”.

“I am convinced that the story of her heroic act on that fateful day will continue to light a path for younger generations and the ones yet to come on the value of selfless service to humanity,” he added.

“Also, her sacrifice will serve as a motivation to officers and airmen/airwomen of the NAF who are presently deployed to various theatres of operation in our country.

“I pray for the repose of the soul of Rev. sister Henrietta Alokha.”

While appreciating the Nigerian Airforce for the gesture, Superior General, Congregation of Sisters of the Sacred Heart of Jesus (SSH), Sister Monica Rowland said she hoped the death of the Principal will be a lesson to leaders to be ready to make sacrifices for their followers.

She thereafter disclosed that the Catholic Church had set up an endowment fund in honour of Late Alokha. 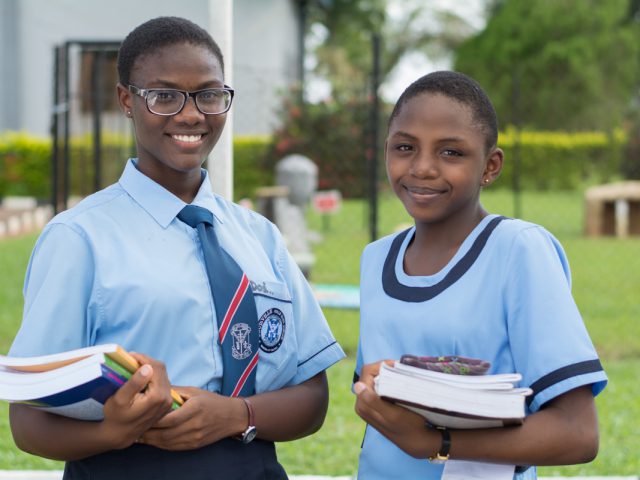 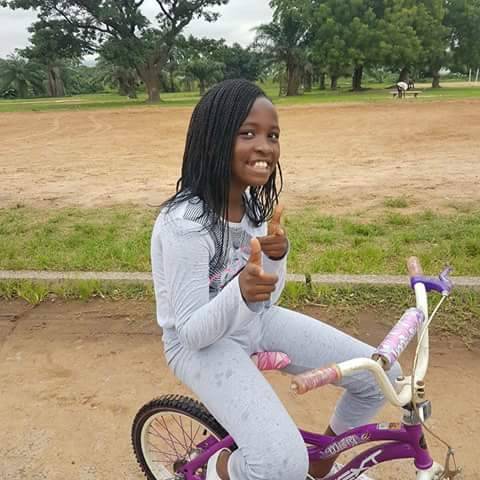