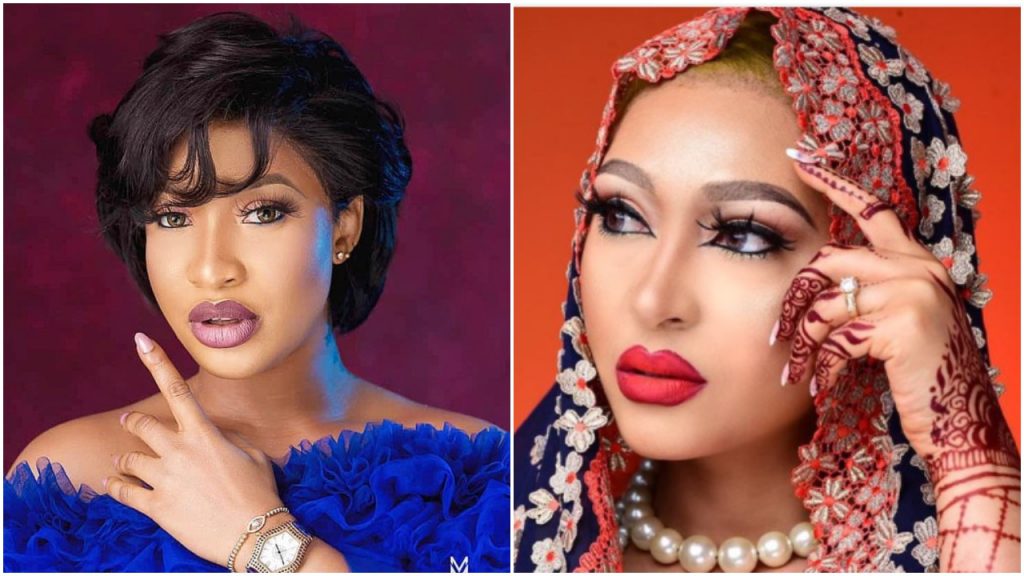 Tonto Dikeh’s ex-husband, Olakunle Churchill has unveiled Rosy Meurer, his former P. A as his wife and it has got people talking on social media.

Recall that Meurer was at the center of Tonto and Churchill’s crashed marriage in 2017.

However in a post to celebrate her birthday, Churchill addressed her as ‘Mrs. Churchill’ to the surprise of many. In another post, he used the hashtag #twoyearsandstronger.

He wrote: May God bless you today on your birthday and every day after. May you be comforted by His presence in your life. You have brought so much happiness, laughter, and wisdom into our life. Raising a glass in celebration of you, and sending many best wishes for your birthday.#twoyearsandstronger 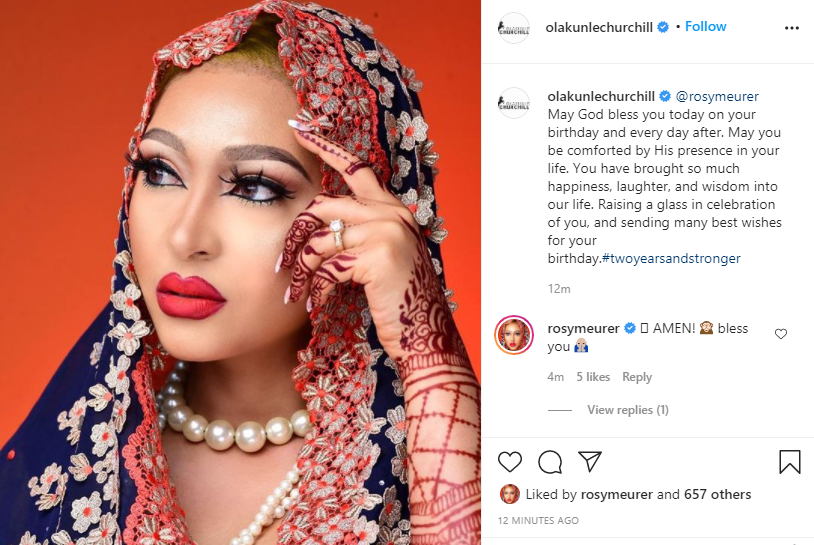 Tonto had revealed there was something going between the pair in 2019 but many thought her claims were untrue adding that Olakunle Churchill was sleeping with Rosy Meurer, buying her gifts, and taking her on trips.

She also revealed that she is one of the reasons for her marital crisis which eventually led to the end of their marriage.

See how Nigerians are reacting to the news.

All these while Tonto wasn’t mad, she sensed Rosy meurer intruding on her man & tried to address it, then she was tagged nagging, a psycho & the druggie. when you try to make them see your heartache, u become a nuisance, you bear all sort of deadly titles, time has vindicated her

Rosy Meurer called Tonto Dikeh’s ex-husband Olakunle Churchill her brother, and he called her his sister too 😂🤗🤗🤗

Finally they got married in Timbuktu 😋😋 pic.twitter.com/QALpKSRuob

I am happy that she (TONTO) moved past all the negativity that was thrown at her.
People made her look like she was going crazy.
Her video way back said a lot but no one believed her.
There is no way she will cook all that story up. Omo

They made Tonto dikeh seem crazy

She even had to start her plastic surgery journey

Made her a laughing stock

I also loved how Tonto Dikeh clearly stated that she knew they are in love. That realization was all she needed to move on but she is the actress, therefore, she must be mad. May God vindicate us all las las o