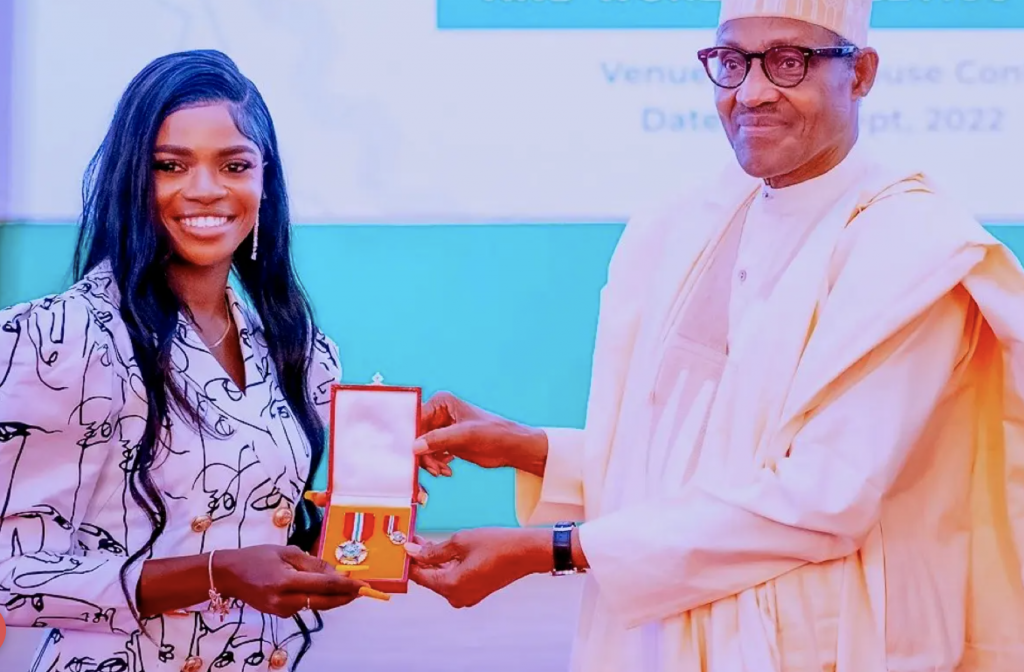 Track queen Tobi Amusan on Thursday bagged the Officer of the Order of the Niger (OON) award as President Muhammadu Buhari honoured the country’s athletes for their spectacular performances in several competitions.

The ceremony presided over by Buhari saw the Commander-in-Chief splash N200 million for Team Nigeria contingents to the 2022 Commonwealth Games and World Athletics Championships. He also conferred national honours on them.

This is according to a statement signed by the Special Adviser to the President on Media and Publicity, Femi Adesina, titled ‘President Buhari rewards Commonwealth Games, World Athletics Championships athletes with national honours, N200 million.’

At an award ceremony held at the State House, Abuja, the President congratulated the athletes for their “outstanding performances” saying their hour of sporting glory beamed the ‘‘radar of the world on Nigeria’’ and their exploits have projected a positive image of the country.

He described the athletes as champions, worthy ambassadors, national heroes, and heroines, heaping praises on them for proudly flying the Nigerian flag in nine sporting events.

“I watched with millions of Nigerians those exciting moments when you all brought smiles to us and our homes by breaking world, national, and games records, as well as achieving personal best in your careers. 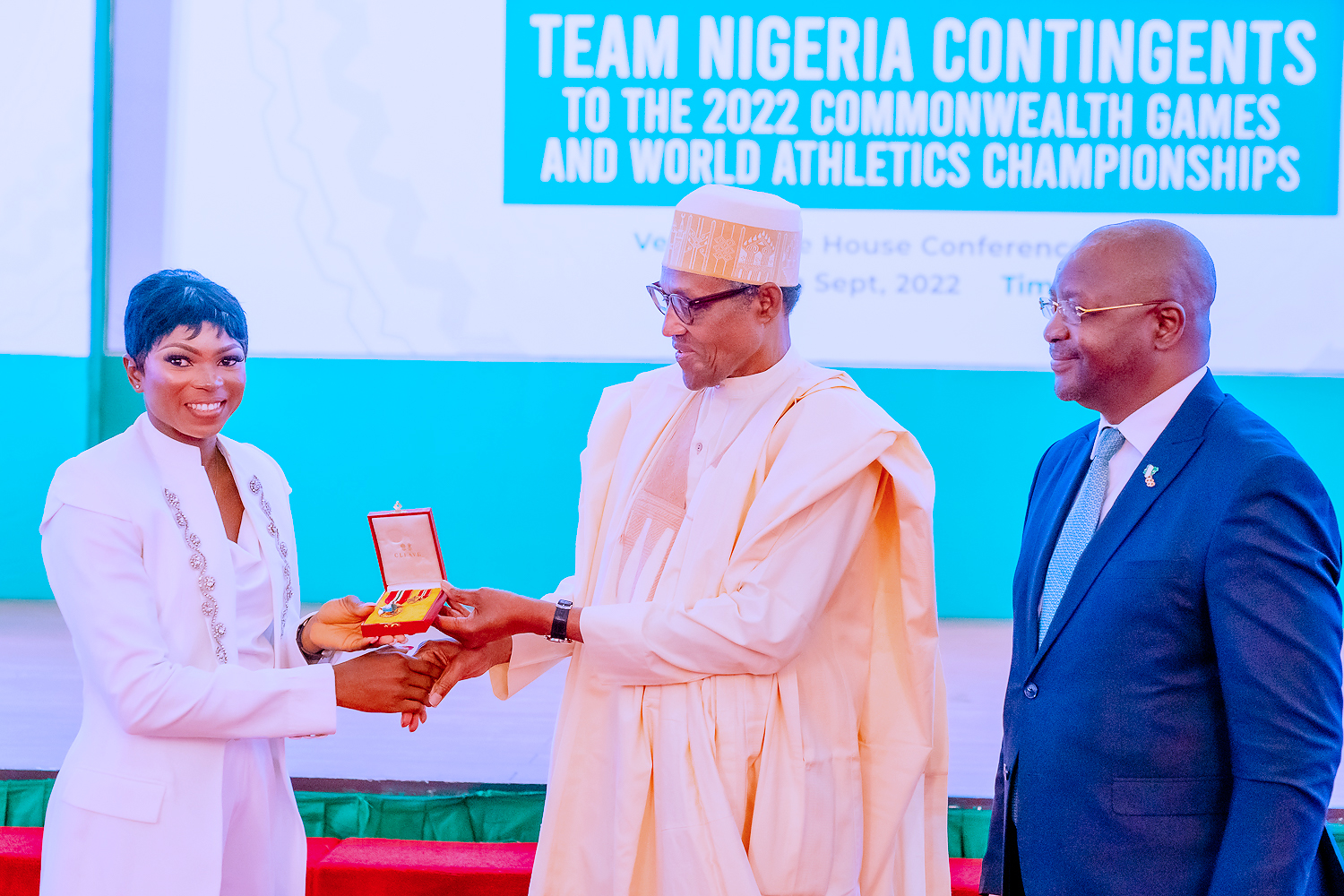 “You all, members of Team Nigeria, have ignited the spirit for victory in our nation but even more you have been victorious in major sporting championships and games.

“I have followed keenly your achievements at the World Championships in Oregon, USA, and indeed your remarkable performance at the recently concluded Commonwealth Games in Birmingham, United Kingdom.

“And I am very pleased that you displayed at both the personal and group levels great sporting talents and delivered for your country great podium performances.”

Buhari noted that the athletes’ hour of sporting glory beamed the “radar of the world on Nigeria”, maintaining that their exploits have gone a long way in projecting the country’s positive image.

He added, “Twelve times the world stood still as our green, the white-green national flag was hoisted and the National Anthem recited. Thirty-five times we made it to the podium. You all Team Nigeria made that possible.

“You brought glory and honour to our country. And today, on behalf of the nation- I say, Thank You!”