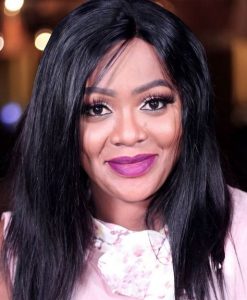 Congratulations were in order from celebrities and fellow comedians earlier last week when Helen Paul bagged her doctorate degree (Theatre Arts) from the University of Lagos. It was an inspiring moment when she shared her achievement on social media. 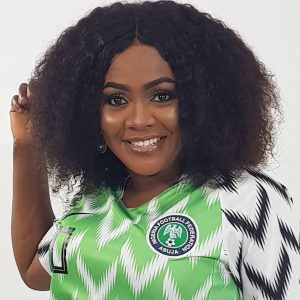 Helen talked about the importance of education in an interview with Punch Newspaper last week. She explained her family didn’t believe she could ever pass her secondary school final exams, and how she’s helping others succeed.

Also Read: Helen Paul’s Latest Achievement Is A Total Motivation For Every Woman

Bagging a Ph.D. would not affect my career at all; in fact, it would make me better at it. I have learnt ways to entertain and educate people at the same time.

I feel humbled about bagging a Ph.D. and I cannot believe it because it is a dream come true. While I was studying, it was not easy combining it with my work as a comedienne and also an actress. There were times that I would get frustrated; there were times I would write and feel it was the best work but my supervisor, who always believed in me, would tell me to redo it because he knew I could do better. Eventually, when I passed, I felt happy and relieved at the same time. I am excited and calm. I really do not know how to explain this mood.

Already I have an academy, the Helen Paul Theatre Academy, so I did not go to get a Ph.D. to become a lecturer. I just want to impact life and I do not necessarily need to do it by becoming a lecturer. I just want people to know that education is key and people should always imbibe the culture of constant learning. I feel I am already a teacher by being a good role model in our society.

Speaking about her family, she said:

In my family, no one believed that I would complete secondary school education let alone attend university. My mother always told me that if I finished secondary school with good grades, she would kill a cow because I was very restless and playful.

When I finished from secondary school and took my result to her, I demanded my cow but she was not forthcoming so I asked for a chicken, but she simply told me she had cooked rice and that I should go and eat it.

To motivate me the more, she said that I should complete my university education, and that is when she would believe that I had really achieved a feat in life.

I tried gaining admission the first time but it was to no avail. I tried the second time and got admission at the University of Ilorin. By the time I got to the school, they told me that admission had closed. I began to cry as I was trekking everywhere in the school, showing people my result and the newspaper in which my name was published as part of those that passed the examination.

The third time I tried, I chose the University of Lagos and I gave it all my best. I would not say that I am the most brilliant person but I have God’s favour. I believed that I could do it and I did it. Despite having a PhD, I would rather people continue calling me Helen Paul and not Dr Helen Paul because nothing has changed about me.