Kemi Lala Akindoju is a Nigerian actress, host, and entrepreneur. Her entry to the movie industry though not so long ago has been very eventful and prospering.

Lala, in so short a time has won a number of awards and this can only be said to be because of her tenacity and drive.

The 32-year-old Ondo indigene has appeared in a couple of movies like “Okafor’s  Law, The Ceo, Surulere, Dazzling Mirage.” and a host of others.

Below are 5 things every woman can learn from her:

1. Whatever your hands find to do, do it well

It is therefore worthy of note that she has managed to create a name for herself and is even moving on to achieve greater things. This was why it did not come as such a shock when she won the AMVCA Awards for Trailblazer of the year in 2016 and went home with a car.

2. Do not be in an unnecessary rush for success

Another striking thing to note about her is that success came for her. She did not do un-dignifying things just to get fame. She started small, took the roles that were available to her and gradually, people began to notice her talent and she grew.

5 Life Lessons Every Woman Can Learn From Omoni Oboli

Always know that you do not have to unedifying things for fame. At the right time, fame would locate you.

3. You can still serve God while being a celebrity

Everyone who has closely followed Kemi would attest to the fact that she is a God-lover. She is never afraid to speak out for Christ. That shows that she stands and supports whatever cause she believes in. This is a very nice trait that every woman should learn from.

4. Celebrating people would not dim your light

The fabulous actress is quick to publicly celebrate other actors who have achieved a feat. She shares in everyone’s success story and is never on to display jealousy.

This is the right attitude to have particularly in an industry where there is a lot of unhealthy competition. It is totally fascinating how she has managed to remain so loving and cool.

5. Do not be afraid to show your talents

Lala can sing and she is not afraid to show it. She also acts and is also a great MC.

Would she be this popular if she had hidden her talents? Nobody knows. There is no need being modest with gifts- if you can do something extraordinary, please speak out, act it and let people see. 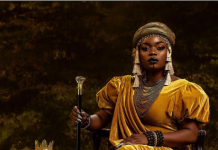 ‘Happy Birthday Queen Biyesi Of The World, Your Best Is Ahead of You’- Bisola Aiyeola Celebrates 34th Birthday With Queen Amina Themed Photos 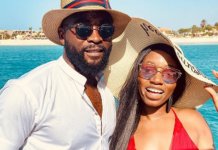 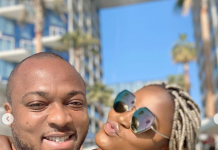 Actress, Chizzy Alichi And Her Husband Are Having So Much On Their Honeymoon And These Photos Are Proof 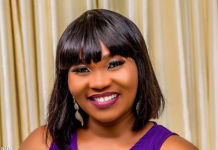 12 Things You Should Know About Yoruba Actress, Yewande Adekoya As She Turns A Year Older 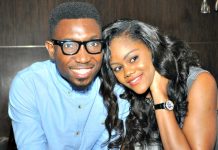 ‘Happy Birthday To My Ride Or Die’ – Busola Dakolo Celebrates Hubby,Timi As He Marks Birthday