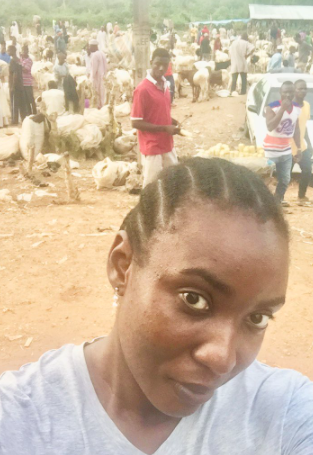 Emmanuella Ibeawuchi, a Nigerian farmer and entrepreneur, has narrated how she made N10 million from trading cattle without owning a company or product.

She said her foray into entrepreneurship started immediately after graduating from Caritas University in Enugu state.

Ibeawuchi said she engaged in transporting cattle using trucks from the northern to southern parts of the country including Port Harcourt, Bayelsa, and Delta.

The Abuja-based entrepreneur said she recorded her breakthrough in 2011 as many politicians bought cows as Christmas gifts to their supporters after their victory at the general elections held that year.

“It was 2011 and politicians had just won elections and were giving their constituents and chiefs Christmas gifts. I sold a total of 275 cows that year with 19 mortality. After paying everyone, I counted my money,” she wrote.

HOW I MADE 10 MILLION NAIRA without owning a company or Product.
Fresh out of Caritas uni Enugu, I started TRADING CATTLE 🐄.
I found myself in Gumel( the Nigeria/Niger border), Kastina, Maigatari,
Katagun, Azare and Pastikum.
We will load 16 tire trucks with 34 cows 🐄 pic.twitter.com/DzbeKABiFD

She said the business, however, witnessed a downturn in 2012 as she lost 70% of her capital, an experience, she said, “hardened me”.

She recalled how her father inspired her in 2013 following the loss in the previous year.

Ibeawuchi also revealed how her encounter with Aliko Dangote, chairman of Dangote Group, “changed her life.”

She said after the encounter, she started proper venture into agriculture by looking for products to sell daily.

This, she said, led to the establishment of Ella Food Bank, her own company, in 2019.