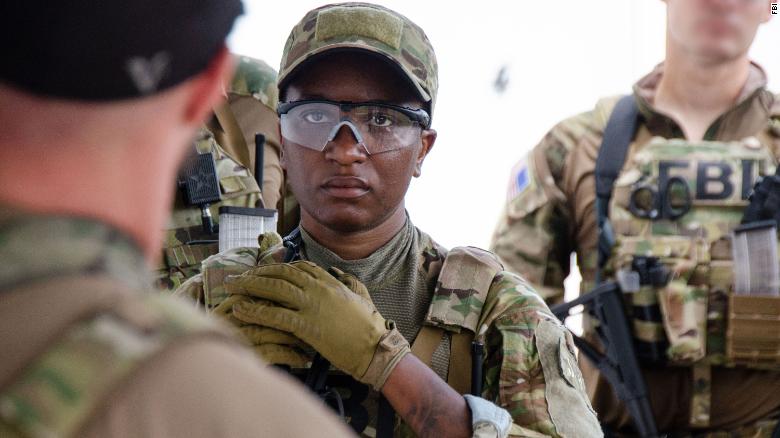 An FBI agent in Puerto Rico is believed to be the first Black woman to be selected to train for any of the bureau’s SWAT teams.

The newly chosen agent, who has been identified as Tai, will be undergoing New Operator Training School (NOTS), a 10-week course that prepares selectees for SWAT field operations, the FBI said in a news release.
If Tai passes NOTS, she will join the San Juan Division’s SWAT team as a probationary member.
Within six to 18 months, she will undergo more training to become officially certified, according to the FBI.

According to the release, Tai is not phased by the challenge of passing NOTS, saying, “I’m one of those people where I have a task at hand and I just focus on that task. I don’t really think about people looking at me.”

“Hopefully somebody will see that I was able to do it,” Tai added. “I’m not the biggest person. I’m not as strong as some of these guys. But as long as you have perseverance—because it does get really tough—you push through it and keep going.”

Across the country, the FBI has 56 field offices, each with a SWAT team, which stands for “Special Weapons and Tactics”.

Tai, 32, has been working at the FBI’s field office since becoming an agent four years ago. Her focus was “corruption cases involving non-elected officials,” and would possibly change upon being certified as a SWAT agent.

Tai is also a soldier in the US Army Reserve, who was inspired to join the FBI after seeing the bureau’s response to the 2016 mass shooting at Pulse nightclub in Orlando, Florida. The shooting at the popular LGBTQ+ venue was one of the deadliest events in US history, leaving 49 people dead and dozens injured.