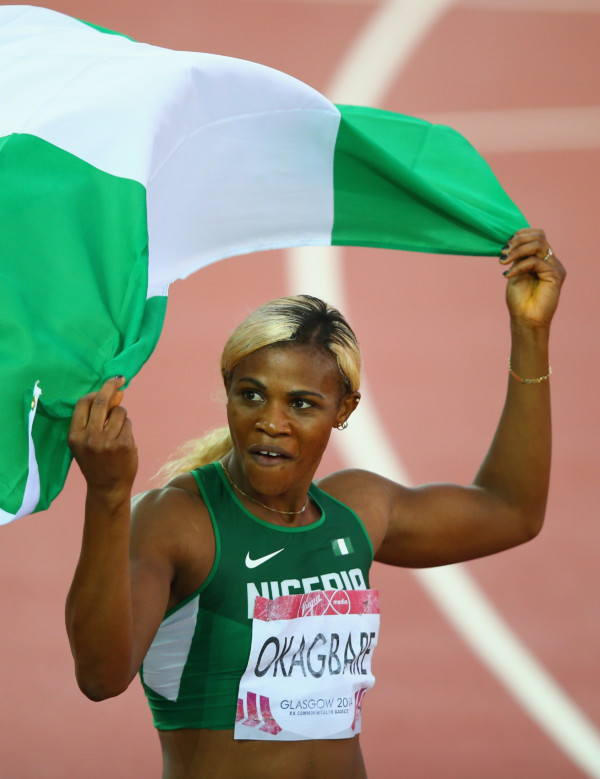 Blessing Okagbare is a Nigerian track and field athlete known for her success in long jump and short sprints.

She is an Olympic and World Championships medalist in the long jump in the 100 and 200 metres.

Okagabre recently made headlines after her Guinness Book of Records announcement.

Here are some things to know about her.

2. She initially played football as a teenager at her high school before she began to take an interest in track and field in 2004.

3. She was a triple jump bronze medallist at the 2004 Nigerian National Sports Festival.

4. Her first international outing came at the 2006 World Junior Championships in Athletics, where she performed in the qualifying rounds of both the long and triple jump competitions.

6. She won a bronze medal in the women’s long jump event at the 2008 Summer Olympics in Beijing as a 19-year-old.

7. She won gold in the long jump, 100 metres and 4x100m women’s relay at the African Championships in 2010. The team of Okagbare, Osayomi, Lawretta Ozoh, and Agnes Osazuwa set a new championship record with a run of 43.43 s, more than a full second ahead of the silver-winning Cameroonian quartet.

9. Okagbare had a disappointing show at the 2016 Rio Olympics as she finished without a single medal.

10. She made history in 2018 when she broke the 200m women African record held by Mary Onyali-Omagbemi since August 1996.

11. In September 2014, she married Nigerian footballer Igho Otegheri but the couple got divorced in 2020.

12. Okagbare holds the Guinness World Records for the most appearances in Diamond League Meetings, making a total of 67 appearances between the 3rd of July 2010 and 31 August 2018. 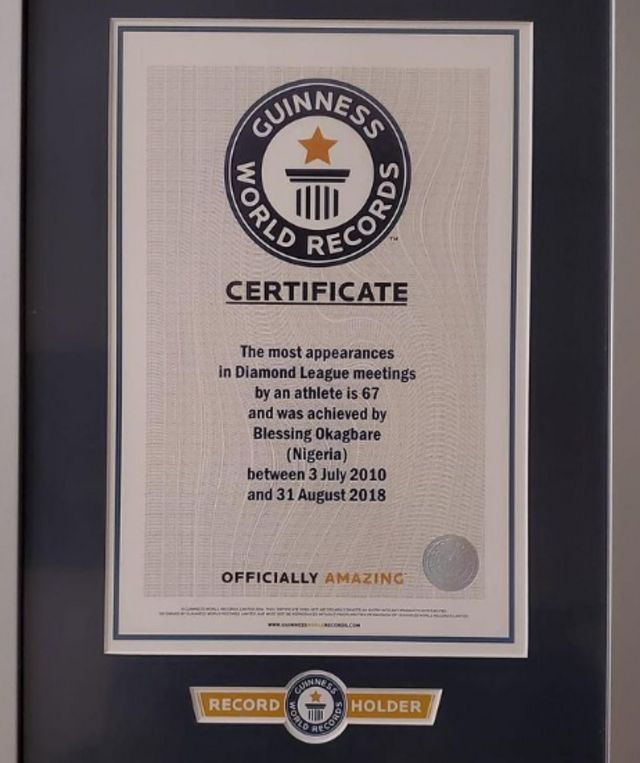