The Lady 95.22 was unveiled at the Fall/Winter 2022-2023 ready-to-wear show as an “ode to the connection between past and present.” Its name reflects both the year of its creation (1995) and the year of its revival (2022), while the design reflects modernity.

In the first chapter of the campaign, the Nigerian writer appears in a series of black-and-white portraits alongside other outstanding women from the worlds of fashion, film, literature, sports, music, and art, including Beatrice Borromeo and Anya Taylor-Joy. 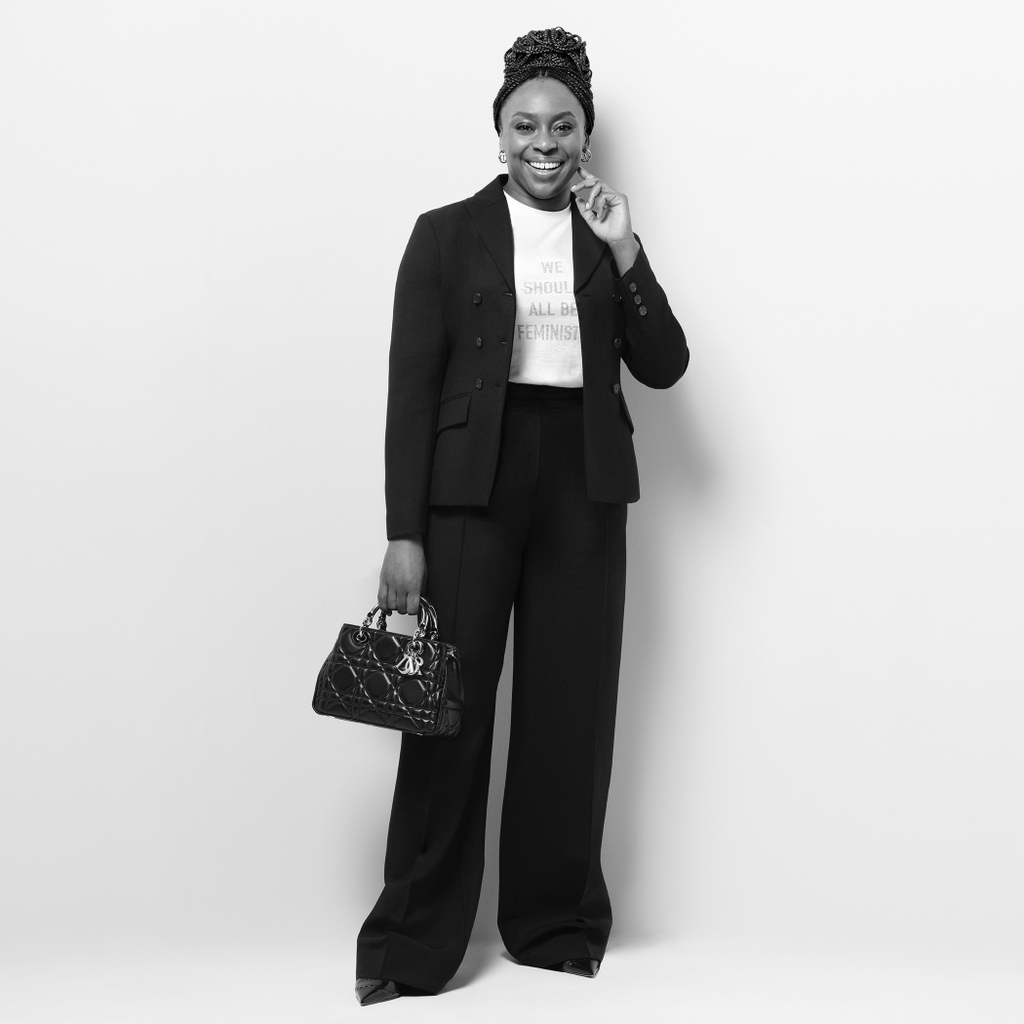 Wearing her iconic “We Should All Be Feminists” paired with a black suit and a matching Lady 95.22, she revealed, “I feel happiest when I am surrounded by the people I love—by my family, by my friends. I think I just light up.

She adds, “I think femininity and feminism have often been seen as mutually exclusive. And so, I think for a long time, people felt that being a feminist meant somehow to reject everything to do with feminity. Right so, you have to in some ways, kind of appropriate a man to be a feminist, and I don’t think so at all. I think that femininity and feminism actually do complement each other.”

Bernadette Chirac, a former French First Lady, presented Lady Diana with the Lady Dior, designed by Gianfranco Ferré, in 1995. Lady Diana grew to be a fervent supporter of the handbag design, which is still produced in Florence at the Dior ateliers.

The Lady Dior 95.22 bag, which debuted last year, is a modern take on the vintage 1995 bag. It is available in two colors: black and coffee with milk, as well as three sizes: small, medium, and extra large.

Watch the campaign video below

Discover the #DiorLady9522 by Maria Grazia Chiuri https://t.co/z3b0N5ftBG, the new bag that is a contemporary reimagining of the iconic #LadyDior, unveiled here in the company of the writer @ChimamandaReal.
© Brigitte Lacombe