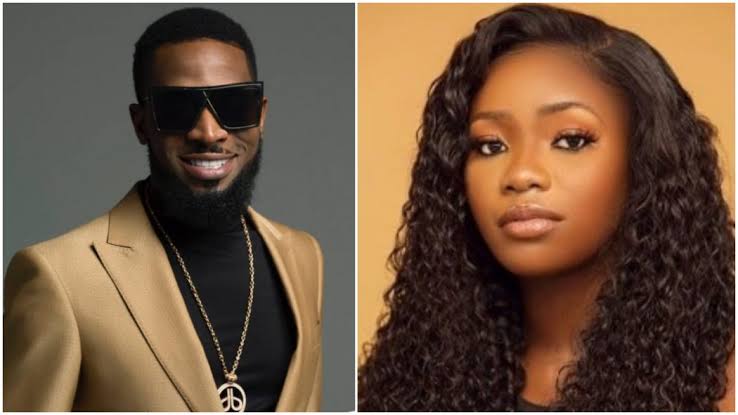 Nigerians are reacting to the ongoing drama between Seyitan and D’banj.

Seyitan had accused D’banj of assaulting her sometime in 2018 the singer, however, responded on Tuesday, June 16 by slamming her with an N100 lawsuit.

The latest development is her denial of her reported arrest.

News went rife on Wednesday that she alongside her mother had been arrested and detained on the orders of D’banj. She had however tweeted Wednesday night that the news was false.

She said: “I don’t know where all these rumors are coming from. Myself and my mom were not and have not been arrested.” 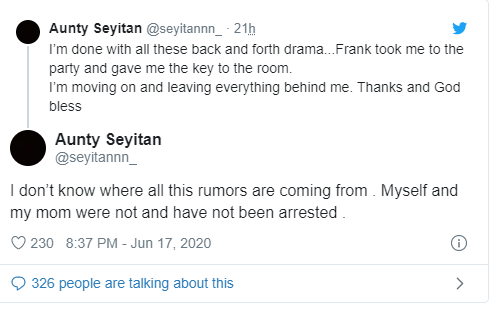 This news has however raised eyebrows and questions regarding the case.

So Miss Seyitan Eunice Babatayo who was supposed to meet with @PoliceNG PPRO this morning is nowhere to be found. She’s not answering calls or in contact with her lawyer or family. There is strong reason to believe she didn’t get home last night.#StateOfEmergencyGBV

D’banj and his team are fully in control of Seyitan Babatayo IG and Twitter account. They disabled her comment section on IG. He violated Seyitan body and her social media accounts. Kidnapped Seyitan, denied her access to her family and lawyers. This is your legacy Dapo.

So Seyitan was going to take her case to the police and 24 hours before she was unlawfully detained, most of her tweets were taken down and is currently nowhere to be found ON the day she’s meant to state her case and possibly press charges . Sound like a coincidence to y’all ?

I’m getting chills just from reading the updates at Seyitan’s story.

We need a video of her and her mom saying they’re fine and at home. Anything less, I won’t believe she’s safe. If Dbanj is really holding her hostage and doing all those other terrible things, it’s a shame!

Seyitan was meant to meet with the PPRO this morning. She was in police custody overnight. Now she’s nowhere to be found. Hmm.

Seyitan has narrated her ordeal on Twitter, now she’s missing obviously no longer in control of her Twitter account. How long before she ends up gone???

This is definitely not Seyitan and this is highly disturbing. They are pressuring and holding her to ransom and forcing her to tweet all this information. This is modern day slavery with agbero tactics. Highly unacceptable and deplorable.

I have NEVER in my life seen such a flagrant display of misuse of power by a celeb on SM.

I have some questions…

Who posted Dbanj’s song promo on her page & why?

Initial reports say Seyitan was “kidnapped”, now I see “arrested”, which is it?

Why are all information coming from “unverified” third parties & not Seyi/Dbanj themselves?

Nobody knows what’s happening behind the scenes with the Dbanj and Seyitan episode. Everybody is conclusions based on no evidence whatsoever and using that conclusion to make statements that may or may not be true. Are we scared that if we wait for facts, by the time it arrives

There is currently an ongoing  rape saga between a Nigerian lady known as Seyitan Babatayo, Nigerian entertainer Dapo Oyebanjo, popularly known as D’banj. She…