Another rape case has emerged amidst the ongoing demand for justice for rape victims from Nigerians.

Barakat Bello, A 19-year-old lady was gang-raped and murdered in Ibadan, the Oyo state capital.

The incident was reported to have occurred on Tuesday, June 2, 2020, in the Akinyele area of Ibadan.

Barakat’s death comes in the wake of the rape and murder of Uwa, a 22-year-old student of the University of Benin.

According to reports from Sahara Reporters, Barakat was a student of the Institute of Agriculture, Research and Training, Ibadan.

Barakat’s lifeless body was found by her sister with further examination revealing that she was raped before being murdered. She has been buried in accordance with Islamic rites.

Nigerians are demanding justice for her as the #JusticeForBarakat is trending.

Below are some of the tweets from the trend

Barakat was just 18. She was fully clothed and in HER house. Y’all idiots should come & tell us how she “asked” for it. Cause y’all were still asking why Uwa went to church to read. So tell us what Barakat should NOT have done to avoid being raped and KILLED #JusticeForBarakat

This is Barakat Bello, she was all alone at home when some men attacked her. They raped and killed her!

This happened yesterday, in Ibadan

Another hashtag #JusticeforBarakat another life lost.

This happened yesterday in Ibadan.

A Hijabite, Barakat was reportedly raped & murdered close to her Dad’s house at Akinyele Local Government Area in Ibadan (2/6/20). Rapists don’t care about your age, dress code or consent, they are evil & should be made to face the wrath of law!#JusticeForBarakat#SayNoToRapist pic.twitter.com/OYqBn1uOCa

You see this beautifully covered lady?
She got RAPED and MURDERED around her Akinyele home in ÌBÀDÀN yesterday!!#JusticeForBarakat#JusticeForUwa#JusticeForTina#SayNoToRapist pic.twitter.com/XbvhO2xH6k

Not again !!!! Can you see why not doing anything is dangerous??? Can you see what they are doing to us???? Help usssss! Help us stop this. This young woman was raped and killed yesterday in Ibadan. What is happening??? #JusticeForBarakat pic.twitter.com/v2DqCAGC3t

Nigerians are demanding justice over the rape and murder of a 22-year-old lady in Benin. Uwaila Omozuwa, a 100 level Microbiology undergraduate of the University… 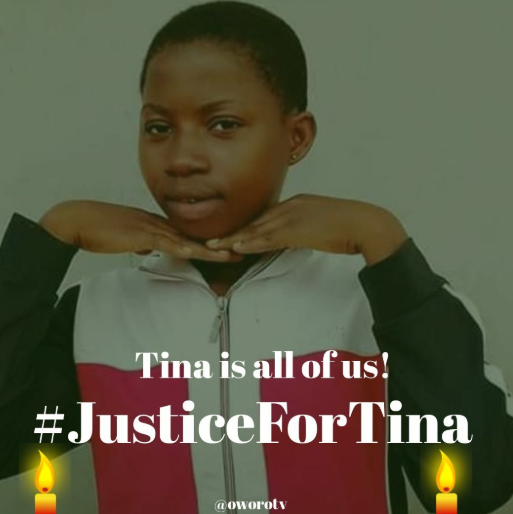 A 16-year-old girl named Tina has died after she was hit by a stray bullet from a trigger-happy policeman. The sad incident happened at the…