Home » Cover » [VIDEOS] Lady Takes Creativity To Another Level As She Makes Stunning Dress With Over 2,000 Coins 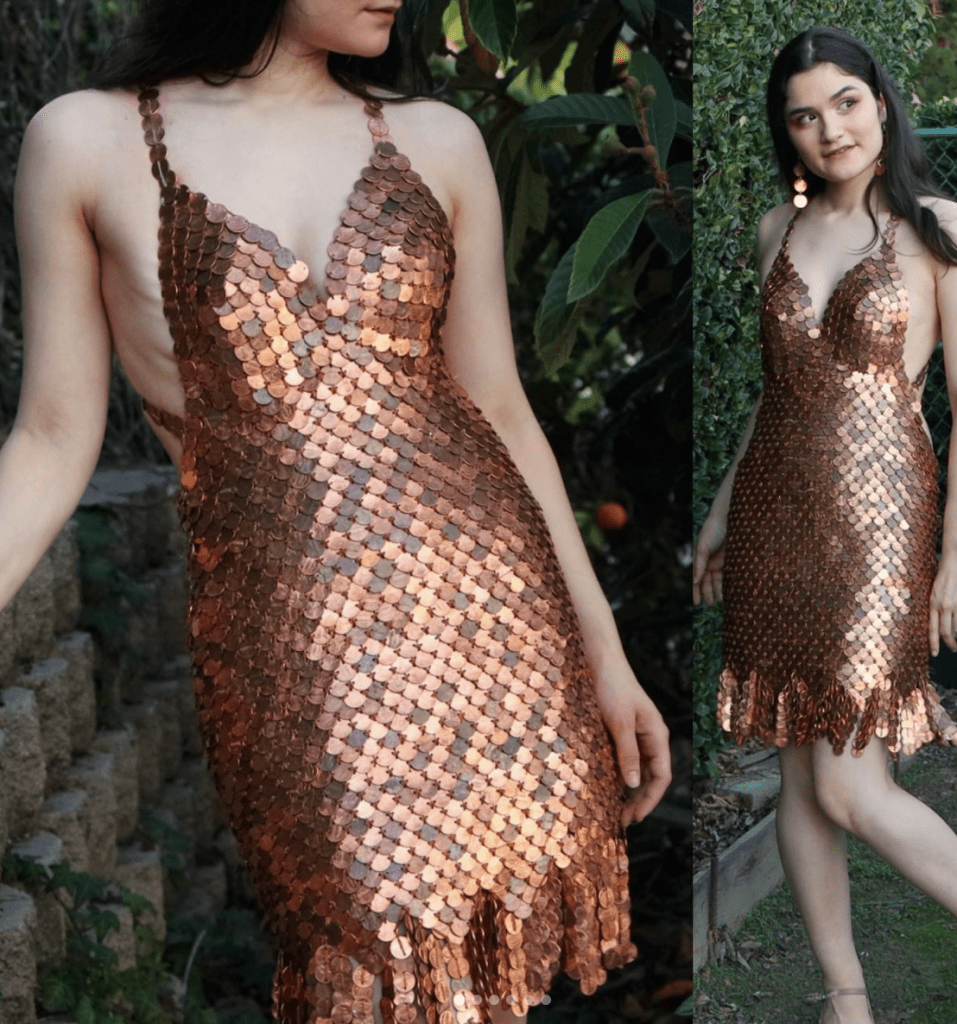 A lady has shown her creative side after she made a beautiful dress out of coins.

Better known as Crescent Shay on Instagram with a following of over one million, this talent is known for her mind-blowing imaginative fashion projects.

Describing the process of making the dress in parts, She embarked on a project to create a dress out of coins in December 2021 and although it took longer than expected, she finally completed the project in January 2022.

In one of the parts she wrote:

“I totally underestimated just how many pennies this skirt would take, and especially how long it would take to chainmail all of the pennies. But it’s finally done!!! and honestly, despite all the work it took, I really do think it was worth it. This dress came out so much cooler than I initially imagined it would – I love this dress so much, I am so proud that I was able to bring this weird idea to life.” 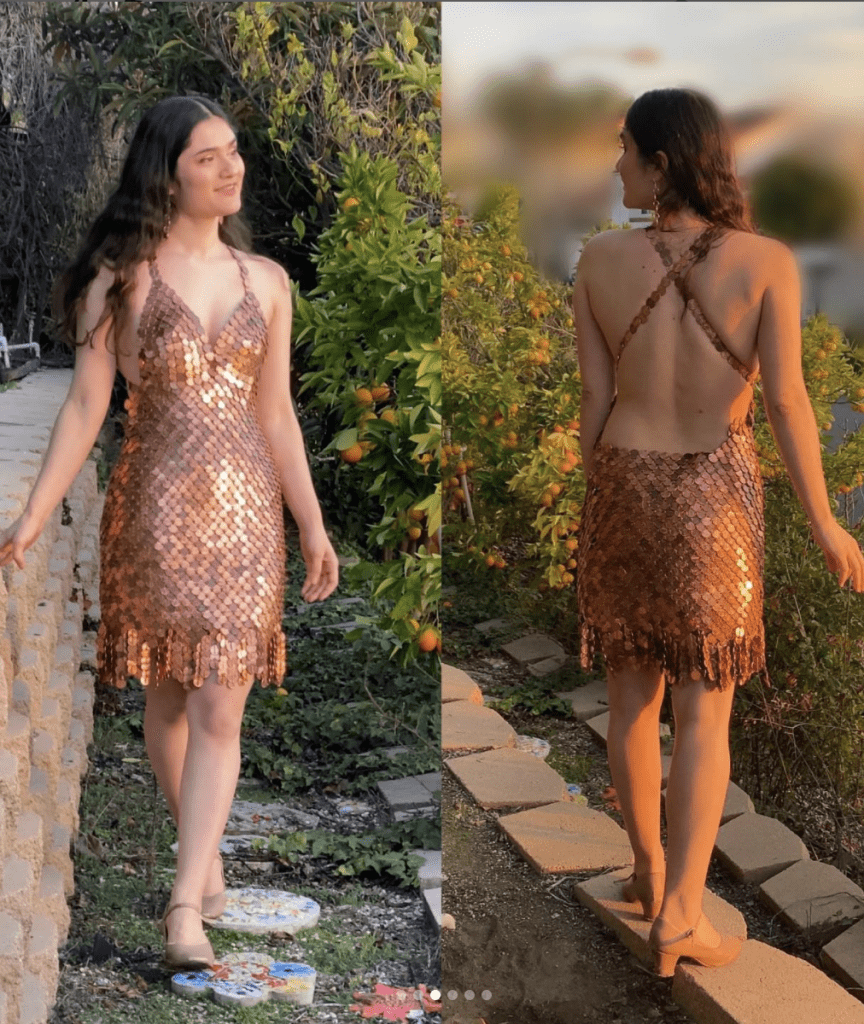 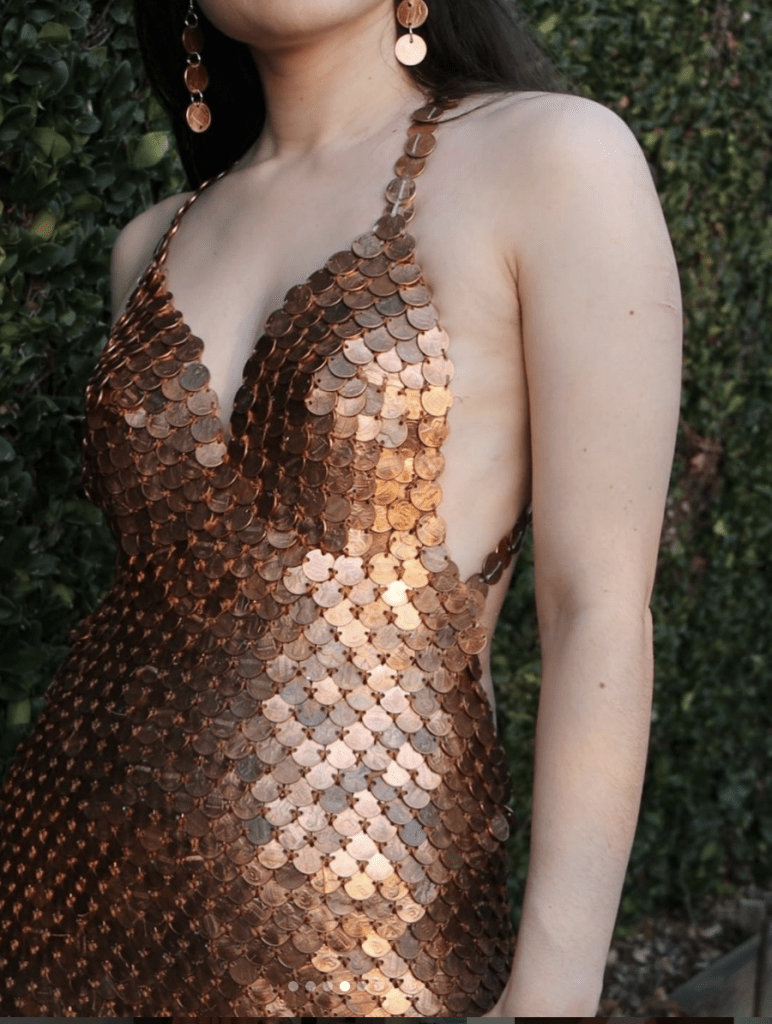