Home » News » A Profile On Nike Okundaye, The 66 Year Old Textile Maker Who Has Never Seen The Walls Of A University But Lectures At Havard

Nike Davies-Okundaye is a  professional Textile Artist and a Painter  who was brought up amidst the traditional weaving and dying as practised in her home town of Ogidi, Kogi State, in North Central Nigeria.

According to CNBC Africa interview, she trained over three thousand young Nigerians for free and she continues to help by funding many poor to establish their small businesses and art workshops in different parts of Nigeria.

Over the past twenty years she has given workshops on traditional Nigerian textiles to audiences in the United States and Europe.

Davies-Okundaye has more than 150 students in Europe and America. She is also a philanthropist. Here is a succinct profile on this amazing woman.

Nike stopped schooling at primary 6 school level at her village at Ogidi-Ijumu in Kogi State of Nigeria. However, Nike went ahead to teach herself English at home. She never went to school to study art which had brought her to global spotlight.

Her father, late Nicolas Ojo Allah who was a village traditional drummer and baskets weaver in his days could not help her much to acquire higher western education.

The enigma is married with children. Her husband was the first Commissioner of Police in Osun State. Her son Olabayo Olaniyi, a College of Santa Fe graduate, is also an artist. 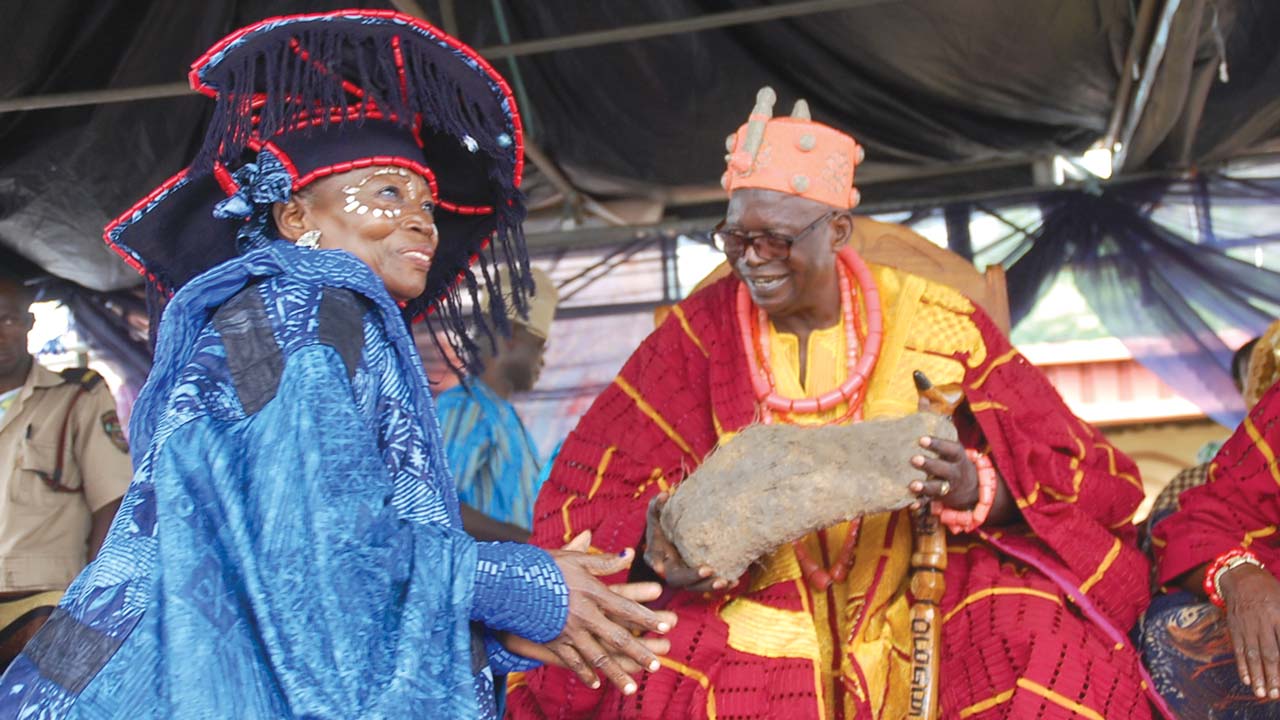 On how she was educated in Adire

Vocational training in art was passed down to her by her great grandmother, late madam Ibikunle who was an “Adire” textile maker and a dyer of fabric during her days in the village of Ogidi-Ijumu, Nike’s birth place.

Watching her great grandmother in the art of “Adire” textile processing and helping her out in “Adire” making, Nike walked up the line to become an expert in “Adire” textile making, dyeing, weaving, painting and embroidery. This was the way vocational training was passed down from parents to children in Yoruba communities in those days in Nigeria.

Nike was principally educated in art by her great grandmother whom Nike lived with after the death of her mother and grandmother. Her great grandmother was a weaver and an “Adire” textile maker/dyer during her lifetime. It is therefore, interesting to observe that Nike had no serious formal western education because of lack of fund.

Nike steadily built upon what her great grandmother taught her and went ahead to develop her own style and technique in textile design and painting, and how to effectively present them for exhibitions. Nike is a multi talented person who was able to use her natural given ability to assist and help many less privileged.

In that quest, she has been able to give hopes to the hopeless in our society. In the same vein, Nike has been able to economically and socially empower many rural women by setting up cottage weaving workshops/centers for women at Abuja, Osogbo and Ogidi-Ijumu thereby giving voices to them in their various communities. 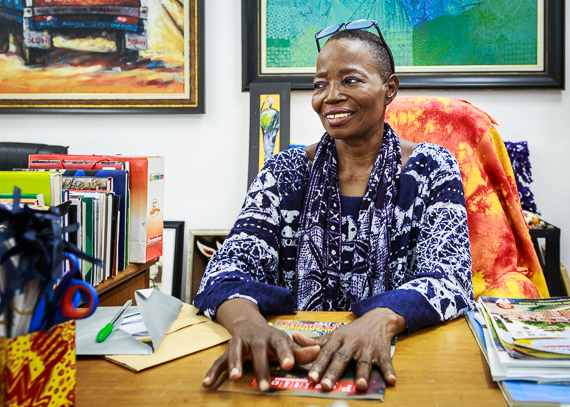 Nike is the Managing Director/CEO of Nike Center for Art and Culture, Osogbo where trainings are offered free of charge to all Nigerians in various forms of arts.

The center was established in 1983, by Nike solely from her earnings as an artist and without governmental assistance. Nike opened this center with 20 young girls who were marching the streets in Osogbo aimlessly and who had no hopes for the future.

In their tender age, Nike withdrew these girls from the streets and provided them with free food, free materials and free accommodation at her residence at Osogbo and taught them how to use their hands to earn decent livings through the art.

So far, over 3000 young Nigerians have been trained in the center and who are now earning their decent livings through art. Many African countries now send their students to study textile art at the center.

The Nike Center for Art and Culture 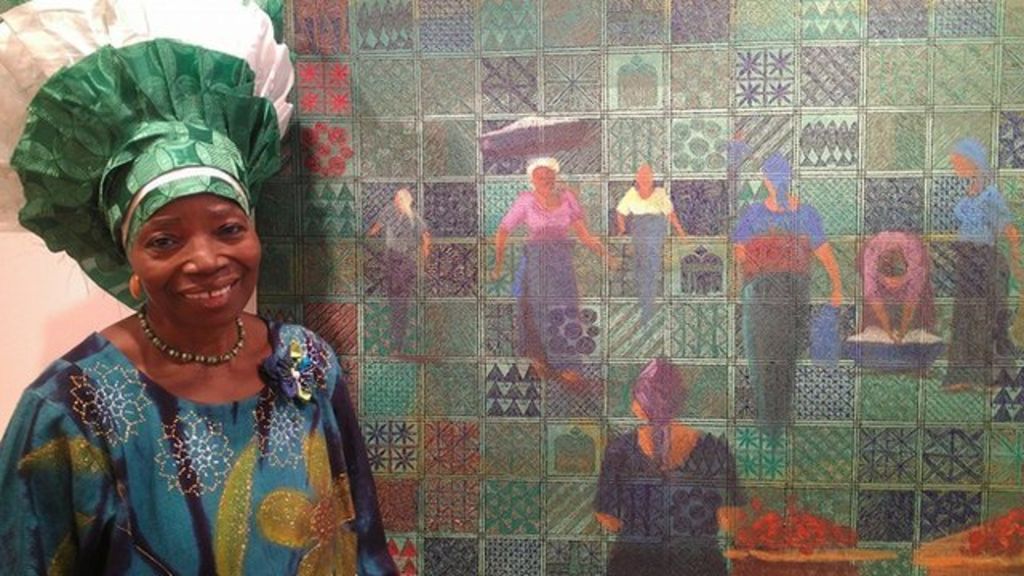 The Nike Center for Art and Culture, Osogbo now admits undergraduate students from many universities in Nigeria for their industrial training programs in textile design.

Over the years, this center also now admits students from all over Europe, Canada and the United States of America. International scholars and other researchers in traditional African art and culture also visit the center from time to time for their research works into Yoruba “Adire” fabric processing and African traditional dyeing methods.

Nike is also the Owner/Curator of the Nike Art Galleries at Lagos, Osogbo, Ogidi-Ijumu and Abuja. In 1996, Nike established a textile (Aso-Oke) weaving center at Ogidi-Ijumu near Kabba in Kogi State for the women of the village, employing and empowering more than 200 women in the weaving center. 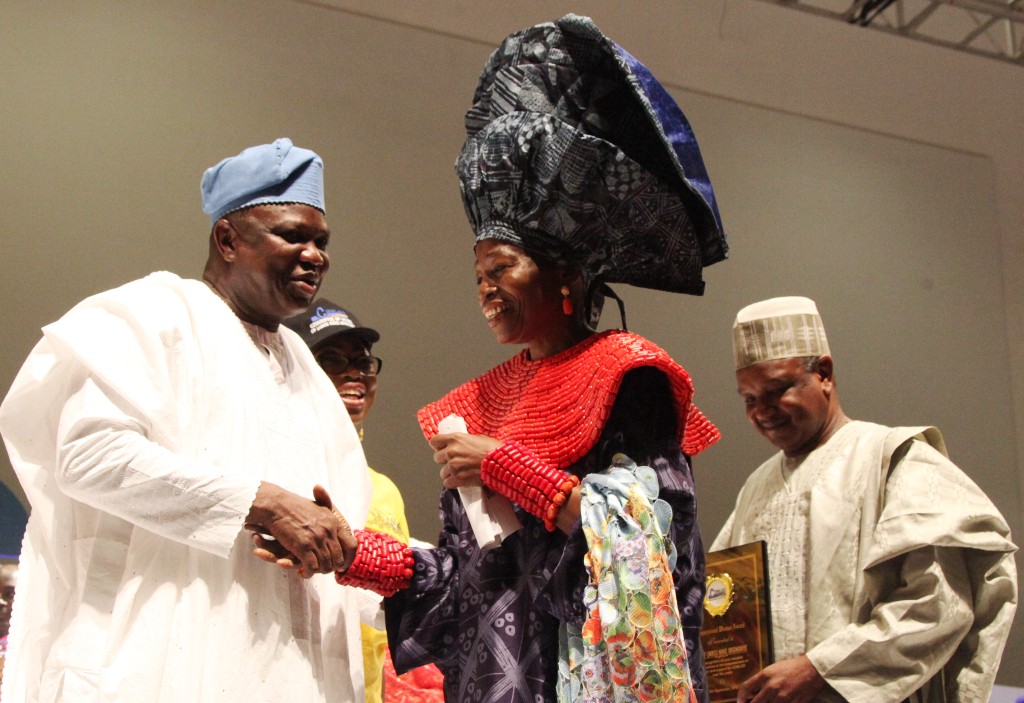 A Social Entrepreneur and a Philanthropist.

Some Awards and Merits

In May 2006, Nike was awarded one of the highest Italian national awards of merit by the government of the Republic of Italy in appreciation of her efforts in using art to address and solve the problems of Nigerian prostitutes (sex workers) in Italy.

In 2005, the National Commission for Museum and Monument of Nigeria awarded Nike a certificate of excellence in recognition of her efforts in the development of Nigerian cultural heritage.

In 2004, Nike was awarded an honorary certificate of merit by the Nigerian Union of Journalists, Osun State Chapter in recognition of her contribution to the advancement of Nigerian cultural heritage.

In 2003, a certificate of merit was awarded to Nike by the Okun Yoruba people of Kogi State of Nigeria in recognition of her efforts in youth development in Nigeria.

In 2002, Nike was bestowed with an award of distinction by the National Association of Kogi State Students in recognition of her efforts in promoting Art awareness among the youths in Nigeria.

In 2009, The “CEPAN Foundation” of Nigeria awarded Nike a plaque of honor for being the African Art Icon of the year.

In 2010, the National Drug Law Enforcement Agency (NDLEA) of Nigeria presented Nike with a golden plaque of honor in recognition of her noble role in the fight towards drugs free Nigeria society.

In 2011, the “Northern States Chambers of Commerce, Industry, Mines and Agriculture” presented Nike with a crystal plaque of honor for her leadership and entrepreneurship roles in Nigerian commerce and industry.

In 2012, The Business and Professional Women of Nigeria Association honoured Nike for her Outstanding and Leadership quality in area of her entrepreneurial spirit and her role as a change agent in promoting art and culture globally and for the empowerment of rural community women and young people.

In December 2012, Nike was presented a plaque of honour ward by the National Council for Art & Culture (NCAC) in Abuja in recognition of her efforts in the promotion of Nigerian Creative Industry and Empowerment through Visual Art.

In March 2014, Nike was invited by the First Lady of Kogi State under the auspices of “Kogi State Women Association of Nigeria” and she was awarded “Women Inspirational Award – 2014” in recognition of her efforts in motivating and economically empowering the rural women of Kogi State.
Artistic Education and global actions.

On challenges she faced

Nike’s challenges were many especially when her activities are centered at men dominated societies. The men saw her initiatives and activities to be too out in giving the so called liberties to women who were hitherto oppressed in the rural areas.

Ways She has impacted 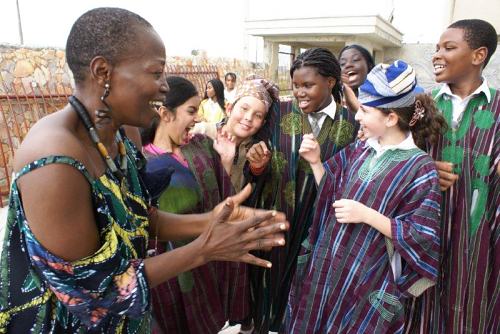 In her humble quest to further promote, enhance, sustain and provide enabling environment for the growth of African cultural heritage in Nigeria, Nike single handedly went ahead in 2009 and built a five floor ultra modern cultural art centre at Lekki Peninsula, Lagos with the main purpose of positively transforming the landscape of the hitherto neglected art and culture in Nigeria.

From a very modest beginning without serious formal western education, Nike’s actions and initiatives have positively impacted the lives of so many who came her ways.

Other than giving the benefits of her exposure to the less privileged, Nike’s works have meant and become close to a large array of dedicated fan across the globe where she has become an ambassador of good will for art and culture for her beloved country since 1974 when she first took her art works across the shores of this country to the Americas for exhibition.

In addition to the following major international shows, Nike has had over 102 solo art exhibitions and 36 group art exhibitions in her artistic life. Nike’s art works can be found in many private homes collections and public institutions collections including schools, colleges, universities, palaces and museums all over the world.

In June 2005, Nike was in Graz, Austria with her cultural troupe to perform and show case Nigerian art at Maria Moser Centre.

In May 2006, Nike was appointed a board member of the Federal Capital Territory of Nigeria Tourism Board at Abuja, Nigeria.

In January 2007, the government of United States of America selected Nike and sponsored her trip to Cape Town, South Africa to participate as a facilitator/panelist at the world conference of “Vital Voices Pan-African Leadership Summit & Initiative for Women and Girls”.

At that conference, Nike presented a paper “Art, Activism and Women Empowerment” in Nigeria which caught the hearts of her audience at the conference. This paper was posted at her web site for six months from January to July 2007..

In March 2007, Nike was invited by the University of South Florida, Tampa to conduct workshops and lectures at the department of women studies and art history, on batik and traditional African textile (Adire).

In April 2007, Nike was invited by Harvard University, Cambridge to conduct workshops and lectures on batik and technique of adire textile processing and African dyeing techniques.

A book about Davies was written by Kim Marie Vaz, The Woman with the Artistic Brush: A Life History of Yoruba Batik Artist Nike Davies