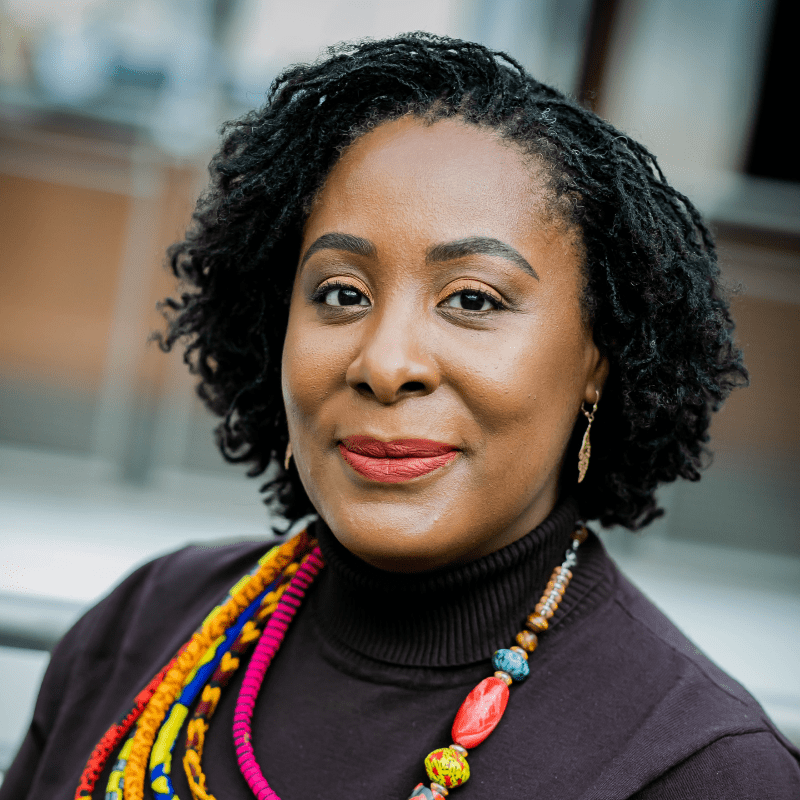 Nigerian-US professor and activist, Uju Anya has come under fire on Twitter over her controversial tweets relating to Queen Elizabeth’s death.

Anya, an associate professor of second language acquisition at Carnegie Mellon University, in a series of tweets, criticised the late monarch.

In one of the tweets which has been deleted because it violated Twitter rules, Anya had wished the queen “excruciating pain” before her death. 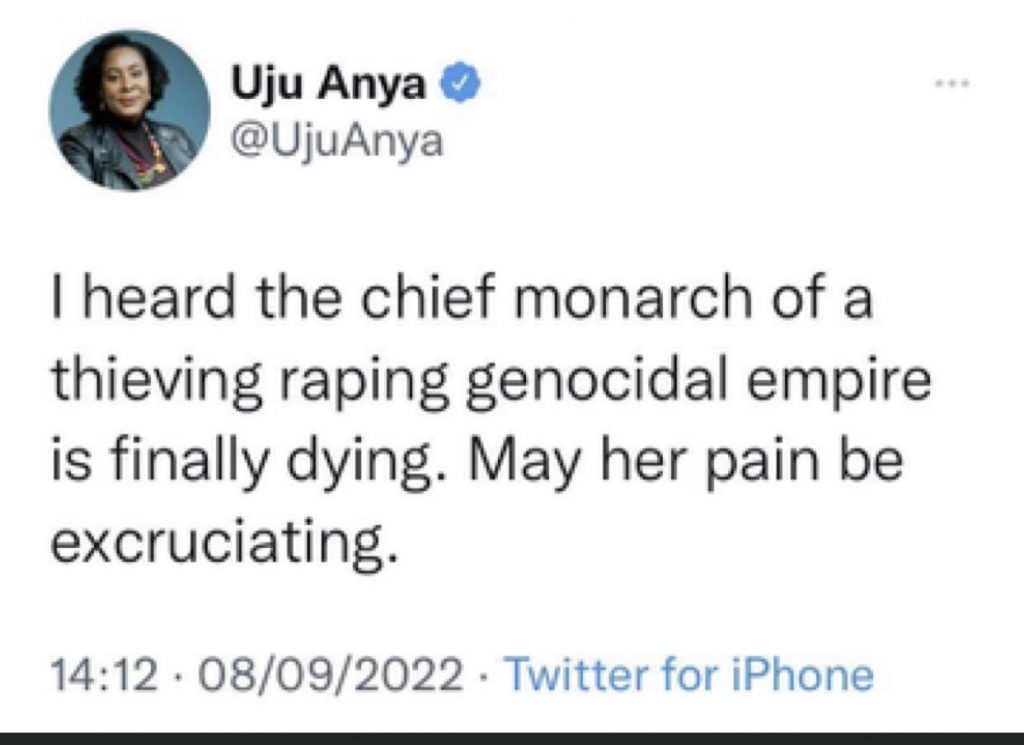 Amazon founder, Jeff Bezos had quoted Anya’s tweet and said, “This is someone supposedly working to make the world better?” “I don’t think so,” Bezos added. “Wow

Anya then responded, “May everyone you and your merciless greed have harmed in this world remember you as fondly as I remember my colonizers.”

The Nigerian-born academic had also accused Queen Elizabeth II of sponsoring the “genocide” that led to her family being displaced.

If anyone expects me to express anything but disdain for the monarch who supervised a government that sponsored the genocide that massacred and displaced half my family and the consequences of which those alive today are still trying to overcome, you can keep wishing upon a star.

However, her tweets may not be unrelated to the Nigerian civil war of 1967 to 1970, which took place less than 10 years after Nigeria got its independence from Britain.

The university, in reaction to the development, said although it believes in “free expression”, it does not condone the views expressed by the professor. 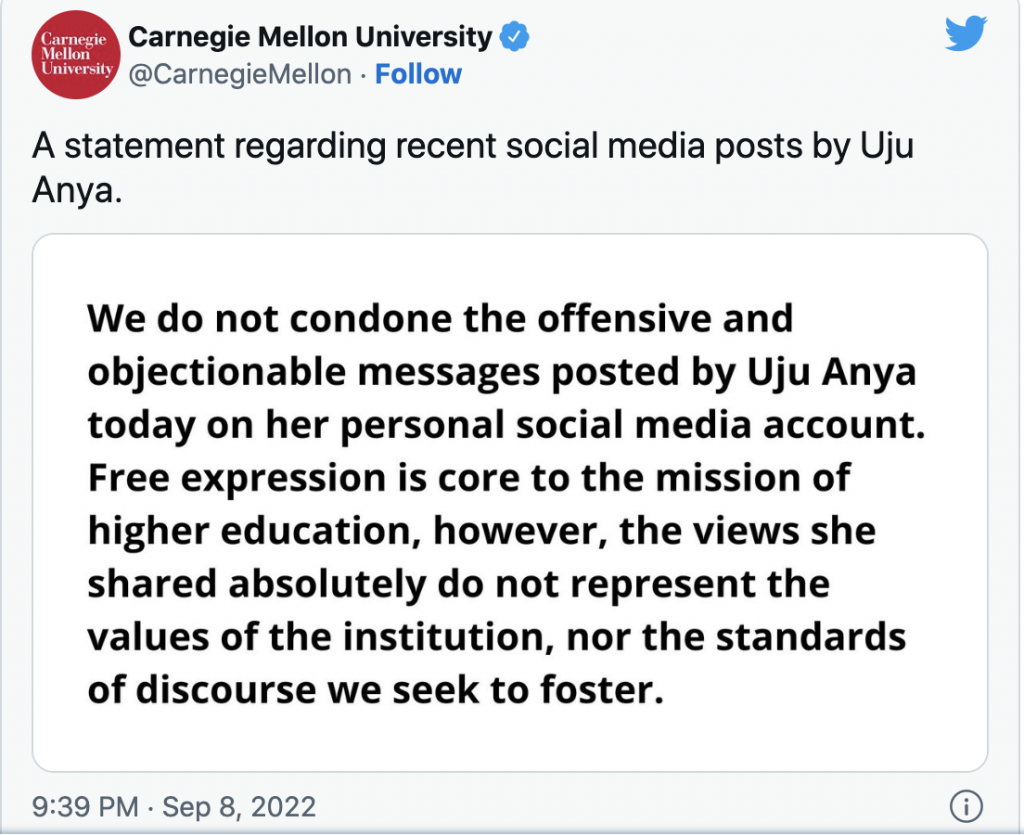 Her tweets has sparked mixed reactions. While some supported her stance, others have criticised her for speaking out at a sensitive time.

Uju Anya is saying everything you are scared to say.

No matter what, you don’t speak ill about the dead. Allow them to rest in peace. I find Prof. Uju Anya comments about the Late Queen Elizabeth in bad taste and humour or whatever it is indeed.
That’s LOW.
Where’s your Humanity ?? SMH !

“Freedom of speech” means the freedom to offend, abi?

(Or does this only apply when certain religious figures are involved)?

Well, the “Western tradition of free speech” means Uju Anya has the right to say what she wants – even if you disagree with her.

I’m not a fan of Uju Anya but she’s hitting some key notes. The queen supported and supervised the near genocide of an ethnic group. Families are still grieving. She has valid points.

The British monarchy sponsored the person’s that k!led, spat on the corpse of our ancestors while they smuggle our diamond and resources. Now we are supposed to say kind words to the dead monarch? Fuck no.
Uju Anya is saying what millions are thinking.

Write the same thing Uju Anya wrote about Queen Elizabeth II but this time against president Putin and you’ll see how much the moral police people will praise you for being bold.

By the time the British deal with Uju Anya, she will understand that stupidity isn’t something everyone accepts about. She doesn’t know what she has done. Sadly, she will be seen as “Nigerian” and it will affect every internationally mobile Nigerian. Stupid girl.

I stand with Uju Anya. What Jeff Bezos did was absolute trash.
It is the audacity to think that he can contribute to this conversation and attack her. Wtf?