Home Cover Amazing! 9 Nurses Working At The Same Hospital are Pregnant at the... 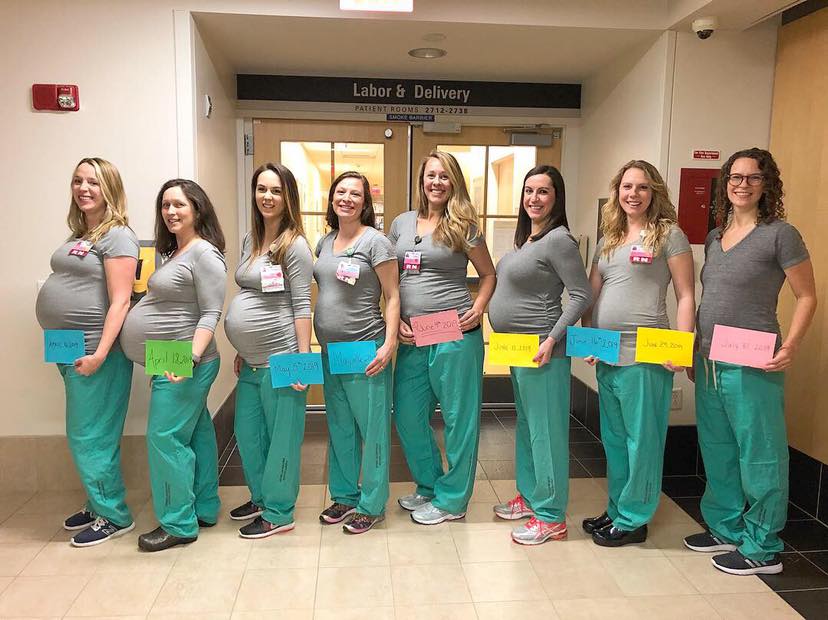 A Maine hospital is gearing up to welcome a new batch of little ones. And, this time, the nurses are the patients!

Nine nurses in Maine Medical Center’s labor and delivery unit are all pregnant at the same time and are expected to give birth within three months of one another, officials with the Portland hospital announced in a Facebook post 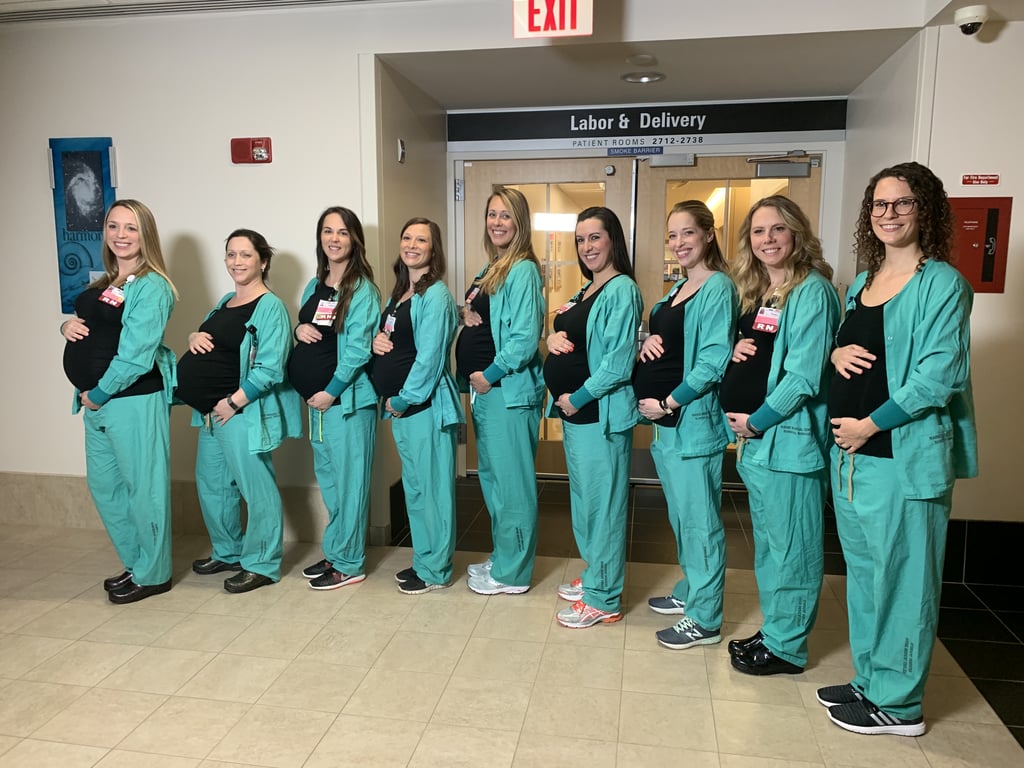 “How’s this for a baby boom?” the statement reads. “Nine of our nurses… are expecting babies between April and July! Congratulations!”

Alongside the post, officials shared a photo of eight of the nine nurses. All the women sported wide smiles and held up signs that shared their due dates.

While some of the nurses are second-time or even fourth-time moms, others are first-time moms. But working on the Labor and Delivery floor has prepared each of them for what to expect and how to be there for each other when the time comes. As for the coworkers’ schedules, six of the nine nurses share the same weekend shift, but MMC has had plenty of time to prepare and has already planned to cover each shift.

One nurse told NBC News that the women had all been friends before the pregnancies, and are excited to go through their respective journeys together. Another nurse recalled the moments they all learned several of them were pregnant at the same time, noting that she could only react with one word: “Whoa!”

All nine nurses plan to be there for each other’s births to show support, and they plan to take another group photo again in the Fall once their babies have been born.