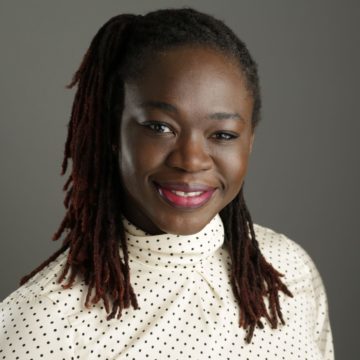 University of the West of Scotland (UWS) has appointed a Nigerian woman, Yekemi Otaru has its new chancellor-elect.

Her appointment was announced on Tuesday, July 27, in a statement by the university on its official website.

She will hold formal powers to confer degrees, diplomas, and other academic distinctions, and will represent the university at key events as an advocate and dignitary.

Reacting to her appointment, Yekemi said: “I am honoured to have been appointed Chancellor-elect of University of the West of Scotland, following in the footsteps of a remarkable individual in Dame Elish Angiolini. 1. Yekemi Otaru is the first of three children of Dr. Raphael and Mrs. Sarah Awoseyin of Ayedun in Oke-Ero Local Government Area of Kwara State.

2. She attended Auntie Rose Primary School, Ugborikoko, Warri before proceeding to Federal Government College, Warri, where she did only JSS1 before going to Oman with her parents in 1990.

4. She proceeded to the University of Benin where she studied and graduated with a Second Class Upper Division in Chemical Engineering in 2002.

5. Yekemi holds four degrees and has considerable industrial experience in engineering and marketing.

6. She is Co-Founder and Executive Director at Doqaru Limited, a prominent Aberdeen-based sales, and marketing consultancy.

7. Yekemi was named among the top 40 under-40 business innovators by Scottish Business News in 2016.

8. In September 2018, she was appointed to the board at Interface, a public sector backed establishment helping Scottish businesses work more closely with academic institutions to drive innovative projects.

9. She got married to Gabriel Oghie Otaru-a Petroleum Engineer with Shell Petroleum, in Port Harcourt in March 2003 during her NYSC.